Talk About a Dumpster Fyre 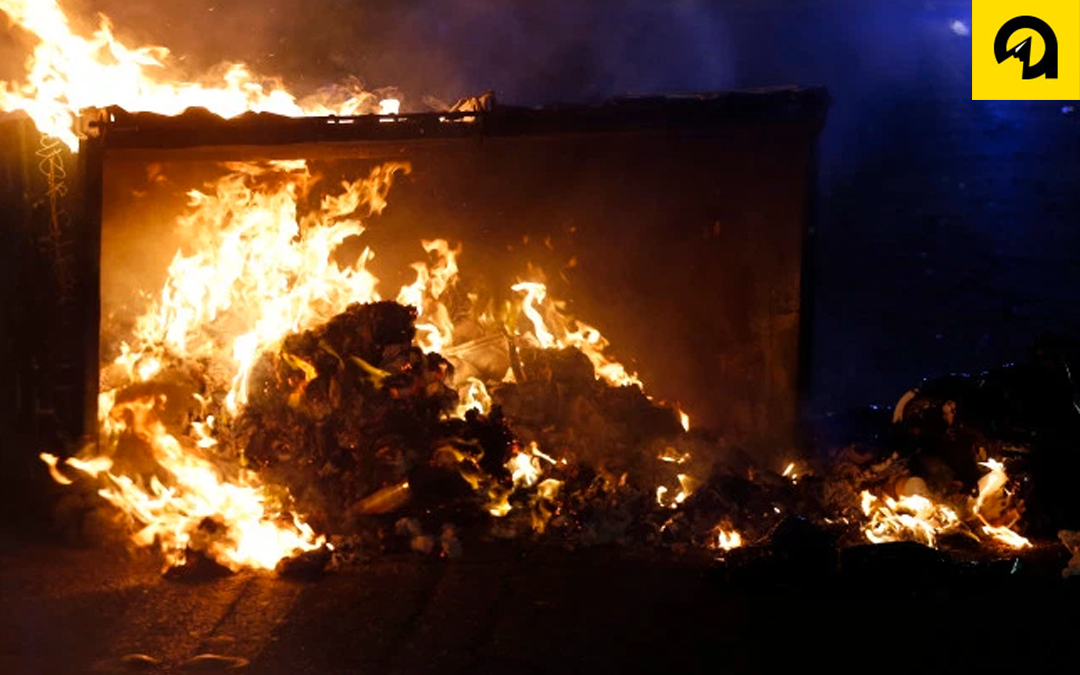 Last week we looked at how influencers can positively contribute to a brand or company’s overall marketing efforts. By helping marketers to hyper-target their audience, the use of influencers typically means more effectively reaching their desired audience while also increasing overall ROI. Today, we’re going to travel to the opposite end of the social media spectrum, however, and look at some of the pitfalls you can fall into when influencer marketing goes wrong.

This Fest is on Fyre

Billy, Billy, Billy. What were you thinking? By now, many of you have probably seen a documentary or two about the glorious disaster that was Fyre festival. Conceived by Billy McFarland and rapper Ja Rule, Fyre promised its patrons, some of whom paid north of $100,000 for a ticket[mfn]https://medium.com/digital-society/announcing-fyre-festival-a-social-media-scam-f1424acb2339[/mfn], white sandy beaches, sapphire-blue water, top-of-the-line amenities and a chance to mingle with some of today’s most influential celebrities. What they received in reality was more along the lines of tents that looked like they had just come back from the dinosaur-controlled part of the island in Jurassic Park and food reminiscent of a child’s three-day leftovers from a bad school lunch. It’s fair to say it wasn’t quite the five-star cuisine that attendees were promised. Fyre became a nationally-talked-about disaster with a sole picture acting as the catalyst, and the blame was about to come back not just to the festival organizers, but also the celebrities and influencers that had led to its rise.

On January 4th, 2017, a long list of celebrities and influencers posted the same blank orange tile that has now become visually synonymous with Fyre[mfn]https://www.refinery29.com/en-us/2019/01/221816/fyre-festival-timeline-what-happened-netflix-documentary[/mfn]. The most notable of these influencers was Kendall Jenner who was reportedly paid $275,000 to post the orange square to her over 100 million followers. The fact that we live in a world where Kendall Jenner has over 100 million Instagram followers is a topic for another time. Other notable people to post that same orange tile included Emily Ratajkowski, Hailey Baldwin and Bella Hadid, just to name a few. The list of influencers also included professional athletes and microinfluencers with smaller user bases that were hyper-targeted to Fyre’s desired audience. Fyre coupled this with the promotional video below which effectively sold a lifestyle just as much as it did a music festival.

The failures of the festival are well known at this point, and like I mentioned, there are some great documentary options out there on Netflix and Hulu if you’re interested in learning more about how Fyre went from festival to fiasco. From a marketing perspective, however, the festival’s marketing really is a great case study in how effective the online medium can be in terms of creating buzz and building a brand from the ground up. In a mere instant, Instagram users were inundated with the same blank orange square over-and-over again throughout their feeds. Maybe they passed by it the first time, maybe even the second, but eventually they almost had to click on it to satisfy their own curiosity about why this carrot-colored box kept popping up on their screen. In a matter of minutes, the post was instantly spread to the masses. Typically, when you buy ad space through Facebook, Instagram or the like, your reach is limited by your budget meaning most of the time you’re reaching a small segment of your target audience each and every day throughout the course of your campaign. Just taking those four celebrities I mentioned above into account, you end up with a combined 187.7 million followers which would work out to around 57% of the total population in the United States if we’re comparing numbers. With just a few posts, Fyre’s reach was massive and instantaneous, and they paired it with the perfect video to entice their audience into spending large sums of money for tickets to a music festival with no announced acts or lineage of credibility. Sadly, that’s where the good stuff you can say about Fyre ends, and while Mr. McFarland eventually ended up in a federal prison for his part in it all, their were other casualties as well, the celebrities who helped build this severely broken brand.

These influencers who had essentially taken the money and ran faced a massive backlash, not just from those who spent their hard-earned dollars themselves on tickets to the ill-fated festival, but from people all across the world who questioned how the influencers behind the rise of the festival could have been so irresponsible in promoting something they knew so little about. One of the items you need to consider in this digital age we live in is that acting as a sponsor for a simple social media post is the modern equivalent to putting your name on a label. If it holds up, you’re golden. If something goes wrong, however, it’s your name that takes the hit. Today, Jenner and a long list of her celebrity friends have been sued for their role Fyre meaning that the $275,000 or so Ms. Jenner was paid is likely to be eaten up and then some by legal fees and potential settlements[mfn]https://www.marieclaire.com/celebrity/a28881234/kendall-jenner-emily-ratajkowski-sued-fyre-festival/[/mfn]. Not only that, but their trust and credibility took a massive hit which impacts each and every one of these celebrity’s personal brands and bottom lines. Luckily, there was some good that came of all this in the form of more stringent consumer protection from our good friends at the FTC.

You Down with FTC? Yeah You Know Me.

As a result of the attention Fyre brought to the role that social media marketing played in helping propagate this disastrous festival to the masses, the Federal Trade Commission created the FTC’s Endorsement Guide to make clear to online influencers what acceptable practices are and aren’t. The guide covers seemingly every question a person could have or situation they might find themselves in when it comes to sponsoring and labeling content across all social media platforms. While the guide isn’t enforceable law, per se, it is a document influencers will want to follow so as to not lead to posting behaviors that could catch the eye of government officials and lead to fines or potential incarceration. In short, it’s the reason so many posts you see today are littered with hashtags like #ad or #sponsored. It was the FTC’s goal to make advertising more transparent just as it is in more traditional mediums.

Using social media effectively has become a necessity for pretty much all businesses today, and utilizing influencers is more-and-more becoming a central part of their marketing efforts. It’s important to understand, however, that much like anything in life, there are pitfalls you can fall into when you’re not careful. It can’t be understated enough how symbiotic the relationship is between brand and influencer. If an influencer you’ve paid or sponsored does something that attracts unwanted negative attention to themselves, they may have also drawn said negative attention to your brand as well. Vice versa, a social media personality’s credibility can take a massive hit when they promote a brand or product that doesn’t live up to the consumer’s expectations. In the end, this makes them less an influencer and more a suggester and muddies the waters around social media advertising practices even more.

If you’d like to schedule a consultation and find out how Absolute Marketing Group can influence your brand’s online marketing presence, click here.