Turns Out, It’s Easy Being Green 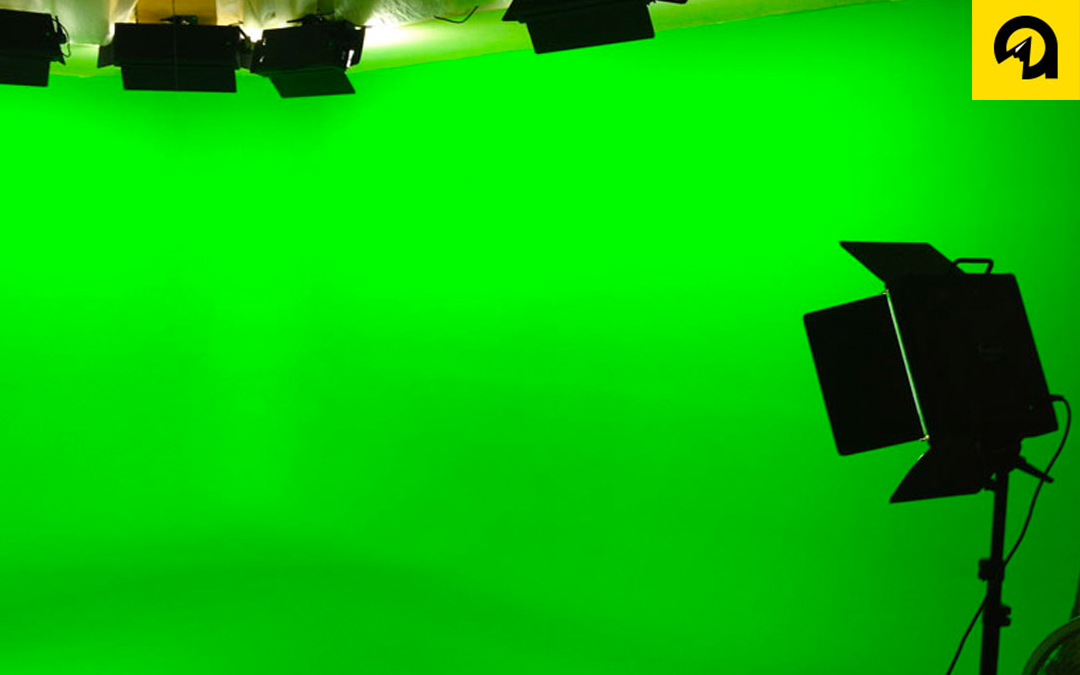 The term “green screen” probably sounds familiar to you. It’s that magical monocolored wall that makes some of Hollywood’s most fantastical ideas come to life all the way up on the big screen. More and more, however, companies, brands, and even small start-ups are utilizing this special effects magic-maker to more effectively communicate to the audiences they want to reach. With seemingly infinite possibilities within each client’s grasp, it’s fair to ask if today the green screen deserves its name more for the value it can add to a company’s marketing and advertorial campaigns and less because of its distinctive color palette. Let’s take a look at how some of the world’s biggest brands are utilizing this technological wonder-maker along with some companies you’ll find right next door here in the Fargo-Moorhead metropolitan area.

In 2016, an estimated 750 million unique viewers tuned in to see some of the world’s premiere athletes compete in the FIFA Women’s World Cup. By the time the 2019 iteration rolled around, it was estimated that audience would increase to well over a billion viewer[mfn]1[/mfn]. That’s billion, with a b. It’s no surprise that with so many sets of eyeballs glued to the small screen, some of the most recognizable global brands of today decided to utilize green screen technology to craft attention-grabbing content in order to captivate their audiences. Qatar Airways was a perfect example of this. Hoping to stand out from a crowded field of advertorial competitors, the global airline took viewers to a world where larger than life professional soccer players actually became larger than life mockumentary style. Juxtaposed against mere mortal, regular-sized human beings, viewers had no choice but to take note of how this ad truly stood out (and taller too) compared to what you would typically find during the standard commercial break. As director Ben Scott pointed out, “Qatar Airways always likes to push the boundaries,” and push they did[mfn]https://adage.com/article/digital/big-brands-go-viral-womens-world-cup-ads/2175896[/mfn]. The ad to date has racked up over 11 million views on Facebook, and yes, that’s millions with an m, all while receiving mainstream press coverage for its daring and innovative visuals. Check it out for yourself.

International companies aren’t the only ones leveraging the power of green screen technology into added revenue streams for their brand, however. Turn on pretty much any Major League Baseball game and you’ll find tiny-sized green screens hard at work churning out advertisements and added revenue for our nation’s national pastime. Gone are the days when a scrolling banner would rigidly move from one ad to the next directly behind the batter’s box. Today, green screen technology allows MLB and its marketing team to place an infinite amount of advertisements onto these hard working platforms. Not only that, the ads viewers are seeing can be programmed uniquely to each television market during nationally televised games[mfn] https://www.foxbusiness.com/features/inside-mlbs-virtual-ads-at-the-world-series[/mfn]. While audiences in the Upper Midwest are seeing an ad for rock salt to put down on icy sidewalks during the winter months, viewers in Florida are seeing ads about how you should never move to the Upper Midwest because it’s unbearably cold with an extreme lack of beaches and you have to use rock salt on sidewalks because it’s always icy out. Ok, so maybe that’s not the exact ad those Floridian viewers are seeing, but the point remains the same. While audiences are simultaneously watching the exact same moment of the exact same game at the exact same time, MLB is able to present multiple ads unique to each market while specifically tailoring them for the consumers their clients are attempting to reach.

Now let’s take a look at how Absolute Marketing Group and Video Arts Studios are utilizing the largest green screen found between Minneapolis, MN and Seattle, WA to create attention grabbing and award-winning content right here in our own backyard. When the USA Track & Field Association came to us looking to film their next spot, we unleashed a bevy of visual effects and graphical enhancements with our green screen acting as the centerpiece for the entire shoot. Athletes were featured performing various track and field events while in post-production our team of video experts and graphical engineers produced an ad you’d think was far more likely to come from the national advertising agencies responsible for a brand like Nike than something shot, filmed, and edited right here in Fargo, ND. Don’t believe us? Take a look.

Finally, let’s look at an advertisement we just completed for one of our favorite clients, JL Beers, as part of their monthly GreenCast subscription. Now look, anytime you’re dealing with something beer-related, it’s a good thing, right? And in this ad we made beer even better. Highlighting JL Beers, their brand, and coupling them with a fresh take on what a social media campaign can look like, viewers set forth on a trip around the globe. Our green screen was able to take audiences from a JL Beers restaurant right here in Fargo, ND to Paris, France to the Great Barrier Reef of Australia to everyone’s 46th favorite state, Delaware. The spot ended up being informative, innovative, and dare we say humorous to boot, helping JL Beers to continue to cement their own unique brand image while also appealing to new and existing clientele the like. Pour yourself a tall one and have a peek.

Interested in how Absolute Marketing Group and Video Arts Studios can spice up your advertising, community outreach or internal company communications? Click here to request a free consultation where our video and marketing experts can present you with a variety of options that takes your messaging into the 21st century, or even the 22nd if you like. Absolute Marketing and Video Arts can be reached at (701) 478-1111 or contact us online.