Laughing Your Ads Off: Comedy Writing in Advertising 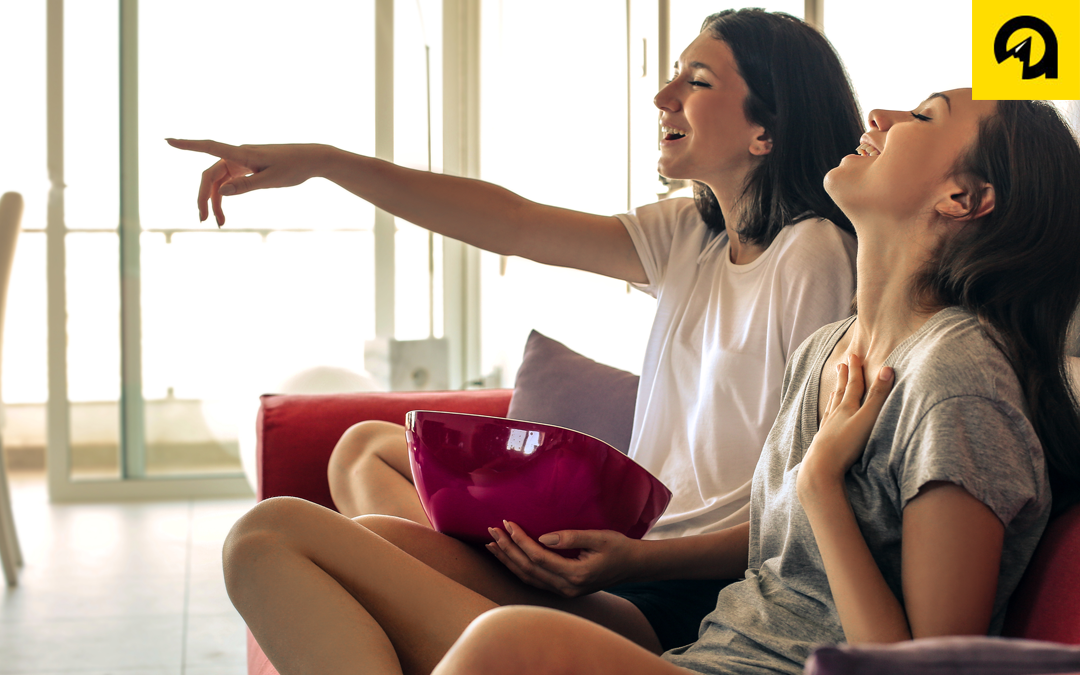 WAZZUP! Dilly Dilly! Jake from State Farm! What do all of these things have in common? They’re all ad campaigns that are extremely memorable. But what was it about those commercials that made them stick in your mind? Was it because of the product? A major celebrity endorsement? No – the reason all of those ads became iconic was because of their use of comedy. In an era where skipping commercials is easy and attention spans are short, it’s vital for companies to be able to capture their audience’s attention quickly and hold it, and one of the best ways to do that is through humor. In this article, I’m going to explain why comedy writing in advertising is effective and give a few tips on how it can be done. First thing’s first: why it works.

When advertising something on television, one of the goals a company typically has is to create positive emotions about their brand. What better way to do that than through the use of laughter?! Companies can risk detaching from their audience by creating commercials that are too serious or too bland, but by making something that will get your viewer to crack a smile, you actually may be able to get them to remember your TV spot more. Research has shown that making content humorous actually helps with retention of information. One study conducted by Robbie Reese Fitzpatrick at Texas A&M University in 2010, discussed the idea that because comedy presents multiple incongruous things, the brain must take the time to process it in order to make sense of the information. During this process, the brain analyzes the information and then stores it for later use, thus aiding in the recall of the material. Before I give some comedy writing tips, let’s do a quick analysis of what actually makes something funny and what causes us to laugh.

Professor, Doctor of Philosophy, and author of Comic Relief: A Comprehensive Philosophy of Humor, John Morreal, asserts there are three main theories as to why we laugh: The Superiority Theory, The Relief Theory and The Incongruity Theory.

The Superiority Theory deals with laughing at the misfortune of others (e.g. laughing at someone falling down). Think about the popular ad campaign for DirecTV starring Rob Lowe and the other wimpier versions of Rob Lowe (Painfully Awkward Rob Lowe, Super Hairy Rob Lowe, Overly Paranoid Rob Lowe, etc.). This campaign successfully talked about all of the features of DirecTV while simultaneously amusing the viewer because they felt better than the unappealing versions of Rob Lowe being shown on screen.

The Relief Theory states that laughter comes from a place of excess tension and nervous energy. Axe used this theory of laughter with their “Know When to Shhh at Dinner” ad, featuring a man awkwardly trying to imitate the British accent of his date. We find this humorous because it makes the viewer slightly uncomfortable, thus having our body respond by laughing. The commercial resolves by having the product Axe Black as the solution to talking too much on a date, thus leaving the viewer with a positive feeling about the product.

The last theory of laughter is The Incongruity Theory, which deals with the combining of two or more supposedly random ideas. Our laughter comes from the disruption of our normal mental patterns and the diversion of our expectations. One commercial that executes this well comes from Tide. The commercial stars the actor David Harbor in several ads that appear to be for different products, but it’s then revealed that each of those spots were actually to promote Tide. Additionally, the iconic ads mentioned in my opening paragraph also utilized The Incongruity Theory by disrupting the viewer’s expectation with nonsensical catchphrases (“Wazzup!” and “Dilly Dilly!” or by changing up the viewer’s assumptions of who was actually on the other end of the phone, such as in the State Farm ad.)

Now for the main event: tips on punching out those punchlines. Andrew Horton, author of Laughing Out Loud: Writing the Comedy-Centered Screenplay, listed some pieces of advice for aspiring comedy writers, stating: “I offer three invitations to help put you in the mood or state of mind to write comedy:

In other words – don’t be scared of being silly! Let your imagination run wild, and stop worrying about writing the most practical or realistic commercial. Horton also wrote that, “…the best comedians and writers of comedy are excellent listeners and very good observers.” Look to your everyday life and take note of the things that are humorous. Why did they make you smile? Who is an odd character that you encounter at work, at home or on the streets, and how could their quirks be used to sell a product?

Another guideline that’s worthy of mentioning is the comedy Rule of Threes. Many great jokes and visual gags follow a pattern of repeating something three times. The first time you show/say the thing, you’re setting up the expectation. The second time it’s shown/said, the expectation is reinforced. The third time, however, is when the expectation is broken, and therefore amusement arises. This rule can also work in multiples of three (i.e. show something five times and the sixth time breaks the cycle, etc.). A good commercial example of The Rule of Threes can be found in Volkswagen’s Darth Vader spot in which on his sixth try, a young boy dressed as Darth Vader finally “uses the force,” thus creating a comedic moment.

Of course, the best way to actually improve your comedy writing is not by reading about it, but actually doing it yourself. Workshop jokes with other people and don’t be afraid to fail! If your joke doesn’t land, don’t be discouraged and keep trying. Being funny on command can seem like a daunting task, but if you work at it, it will not only make your ads more memorable, but it’ll bring a little more laughter into your life. As the great Donald O’Connor sang in Singin’ in the Rain, “Make ‘em laugh! Make ‘em laugh! Don’t you know everyone wants to laugh?”

If you’re looking to create memorable and meaningful messages, please contact us at 701-478-1111 and ask to speak to a Marketing Advisor, or contact us at absolutemg.com/contact.