Effectively Informing the Community
With the North Dakota oil boom in full swing, residents of the Williston area had to deal with increased traffic, deteriorating road conditions and copious amounts of construction crews at every turn. As a result the Williston District of the North Dakota Department of Transportation found itself unprepared to deal with the influx of questions, comments and concerns it began receiving on a daily basis. The NDDOT in Williston needed a comprehensive strategy to inform the public about road closures, construction timelines and safe driving messages. 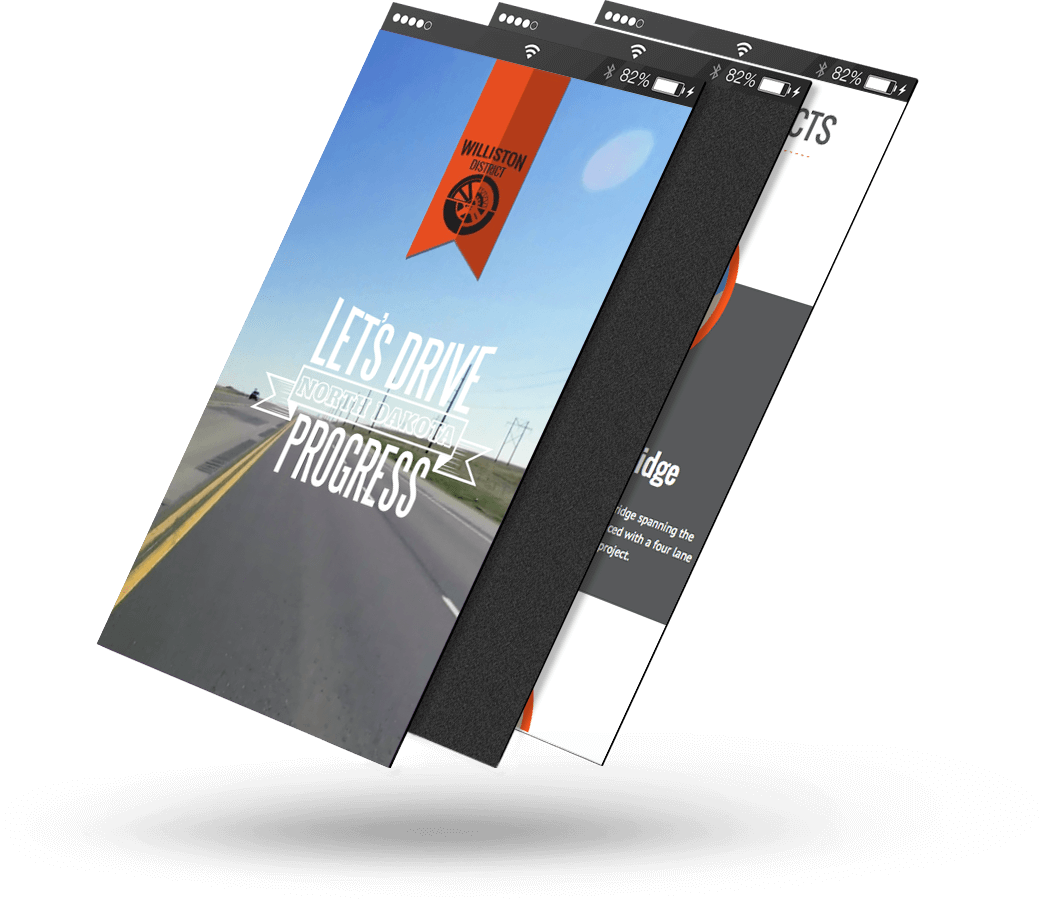 Absolute launched a public relations campaign centered around building strong relationships with the media and disseminating important traffic safety information to drivers in the Williston District. In addition to writing and distributing timely press releases, Absolute organized community outreach activities, press conferences and ribbon cutting events while building new partnerships in the process. Absolute also designed and built a website to serve as a comprehensive reference for drivers in the Williston District. To keep locals and visitors informed about construction projects, Absolute created a series of videos that were shared across various social media platforms. To supplement the extensive public relations campaign, Absolute developed a strong creative concept and created memorable ads for traditional and online media.

Stronger Connections within the Community

Absolute’s efforts produced a number of measurable results, the most significant being a decrease in traffic crashes and fatalities in the Williston District compared to the year prior. The NDDOT fostered stronger relationships with community organizations, stronger connections with local media and favorable feedback from the public. Engagement on social media and web traffic also increased significantly. Absolute utilized the improved media relationships to negotiate air time for traffic updates with top local radio stations worth more than $100,000 per year in earned media. In addition, Absolute’s traffic safety ads were so successful in the Williston District, the NDDOT decided to use them in a statewide campaign. After only one month of running on Facebook, Absolute’s traffic safety video ad accumulated over 160,000 impressions, 300 shares and nearly 800 likes.